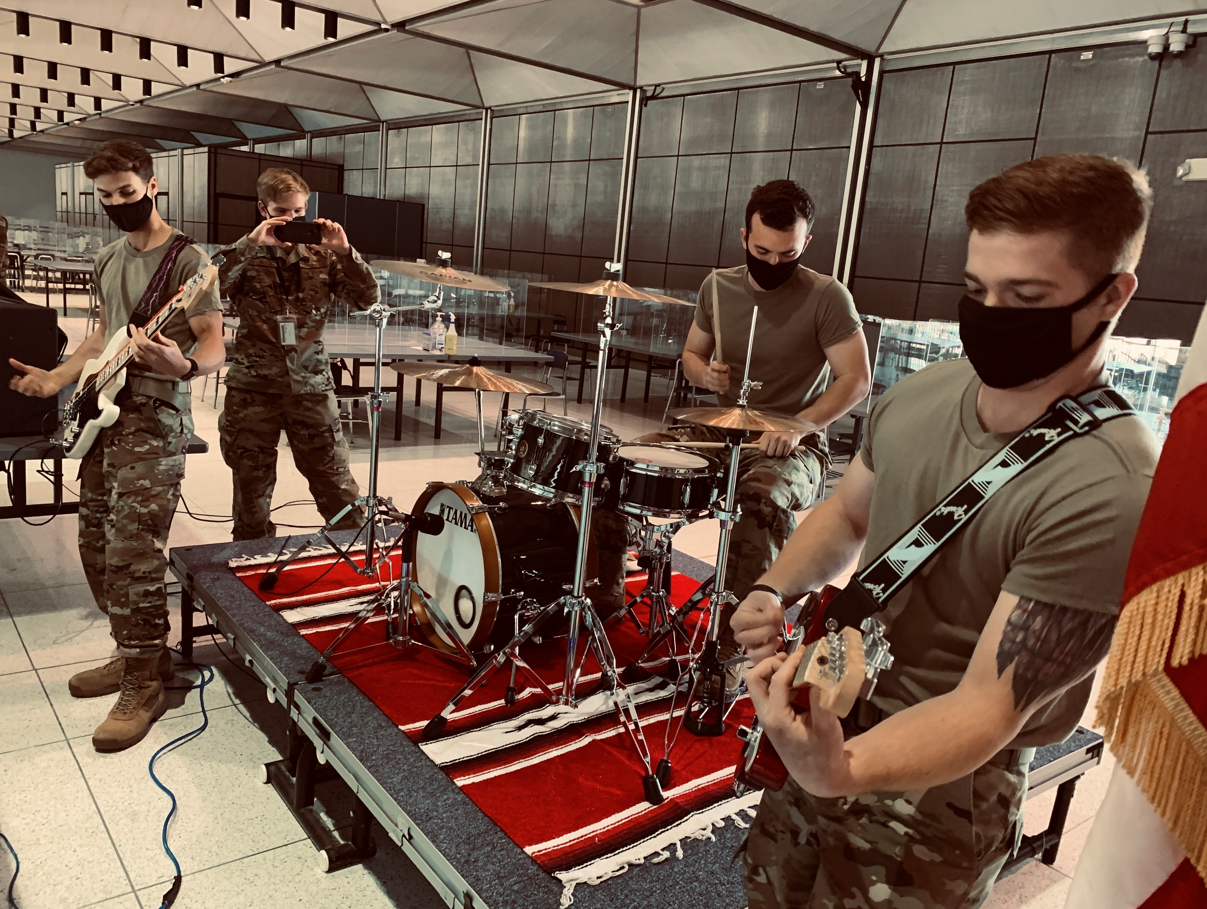 The local group, The Vandy Slingers, is made up of Air Force Cadets at the US Air Force Academy in Colorado Springs…and the Academy is where it all started.

According to the group, the four cadets returned to the Air Force Academy after a 4-month quarantine at home. That’s when Gavin (guitar) and Rocky (bass) set up their guitars at their school to play music while everyone was in their two-week movement restriction. Chase (drums) was finishing a practice when he stopped by the two guys and asked if they needed a drummer. He pulled out his practice pads and the three started playing Red Hot Chili Peppers and Foo Fighter songs together. The band says the rest of the cadets seemed to really enjoy what they were playing, so they started playing more often.
It was then that they became known as “The Vandy Quad Band”, named after the dorm they played in, Vandenberg Hall.

After playing in the quads, and even in the dining room, the band decided it was time for a vocalist to join. After holding auditions in the quad, they settled on Aidan. His voice and energy were exactly what the band needed to complete.

Show the Vandy Slingers some love by helping them create more music before they graduate.

Studio of a law student in San Francisco