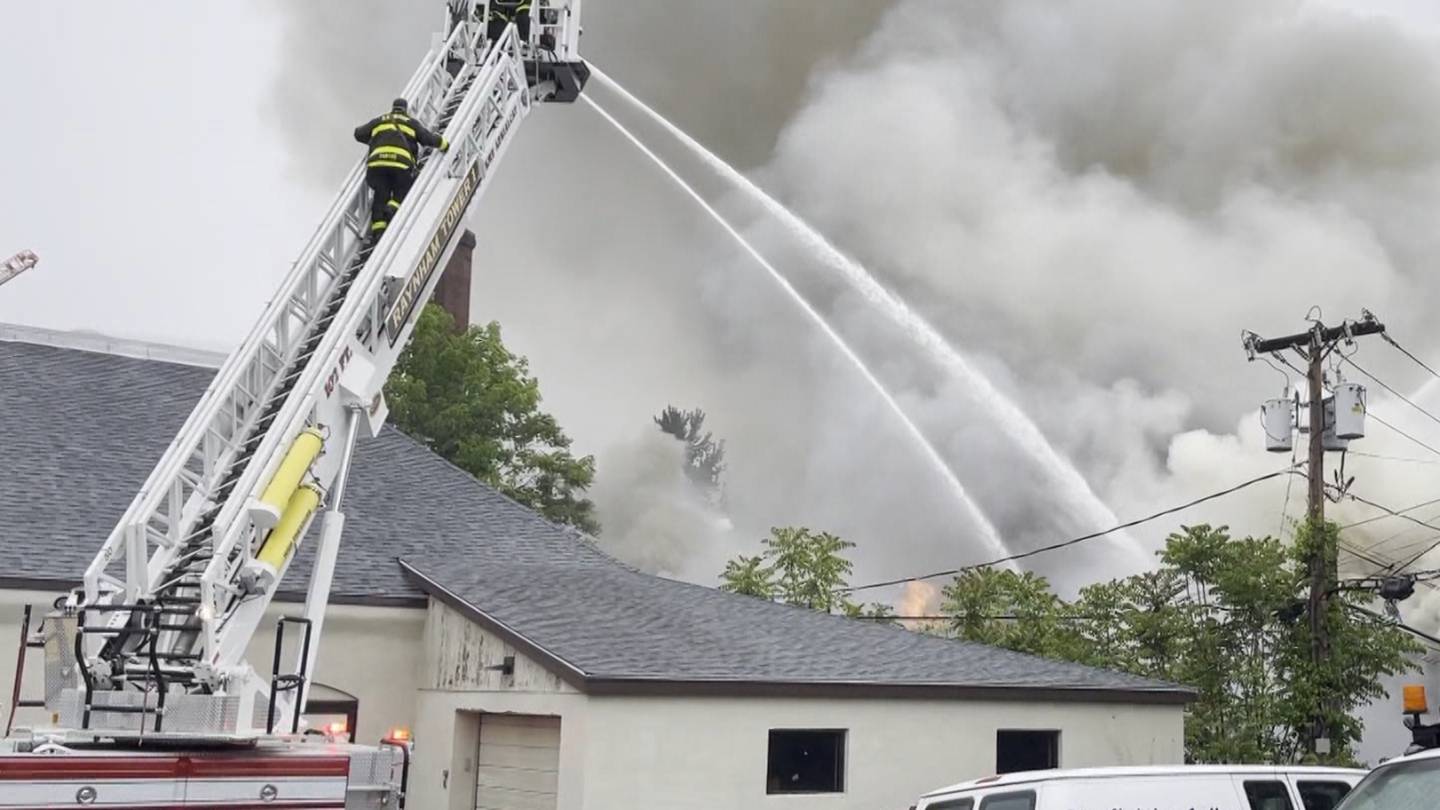 The fire started around 4 a.m. Saturday inside the 29,000-square-foot factory building that was built in 1900 on Spring Lane. Firefighters told Boston 25 News that the building was once an in-town music studio, but has since been turned into apartments and small businesses.

Firefighters from several departments banded together to try to prevent the flames from spreading to nearby buildings.

‘Additional alarms were raised as the fire spread, and firefighters were forced to evacuate the building and begin an exterior fire attack,’ according to the Taunton Fire Chief. “The location of the building adjacent to the River Mill, together with the fire conditions, made full access to the building difficult.”

There were no injuries, officials said.

The fire was brought under control around 12:30 p.m., but companies are expected to remain on site for hours to wet and renovate the building. Motorists are urged to avoid the area.

The cause is still under investigation

This is a developing story. Check back for updates as more information becomes available.

The Essential Checklist: Finding the Condominium That’s Right for You