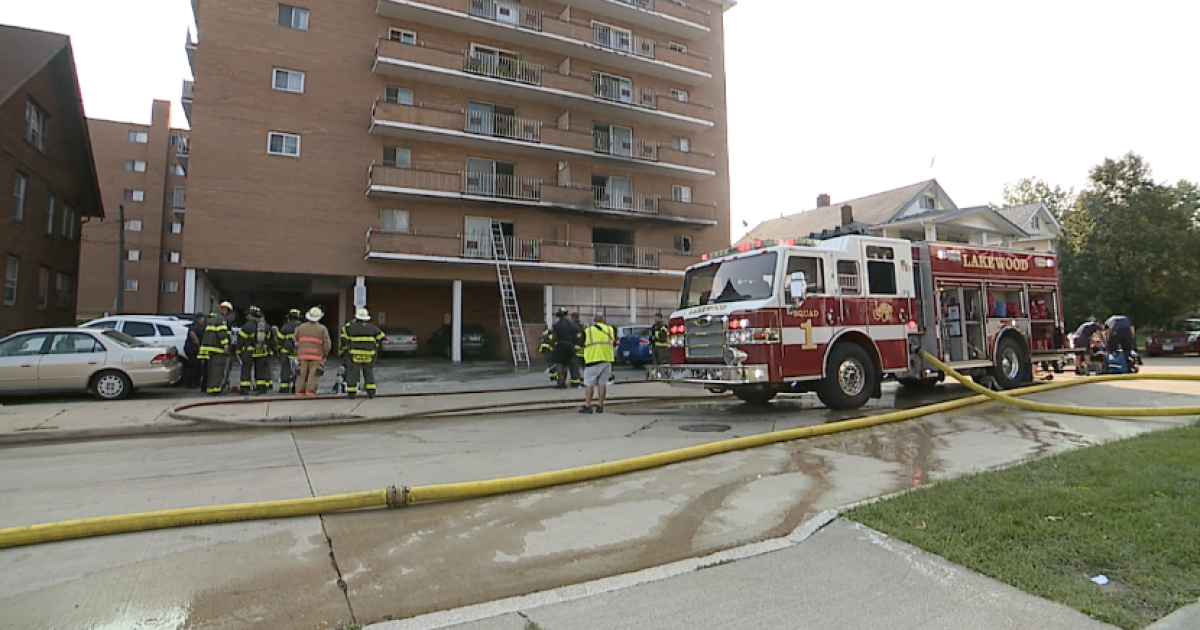 LAKEWOOD, Ohio – An ordinary Saturday morning in Lakewood turned into a tenants’ worst nightmare after a fire at the Kirtland Houses Condos.

“The first thing I heard was screaming in the parking lot,” said a tenant living in the building.

In a desperate attempt to escape, the tenants tried to leave the building, but a cloud of black smoke stopped them.

“The flame shots were shooting so badly. It was so scary,” Miller said. “We just saw people stuck on their balconies.”

Fortunately, Miller says the quick response from first responders saved those living inside.

But still, Miller and others can’t help but feel for those who are now homeless.

“I’m at a loss for words right now,” said a tenant living in the building.

Two were vacant, as for the other four, the Red Cross is still trying to contact them.

“The mission of the Red Cross is to prevent and alleviate human suffering in the face of emergencies, and the majority of the more than 60,000 emergencies we respond to every year are house fires like this,” said McIntyre.

Several fire and emergency crews assisting Saturday morning told News 5 that smoke was coming from the back of the building facing Victoria Avenue, saying the fire started on the second floor.

At this time, their condition is unknown and the investigation is still ongoing.

Download the News 5 Cleveland app now for more stories from us, plus top news alerts, the latest weather forecasts, traffic updates and more. Download now on your Apple device here, and your Android device here.