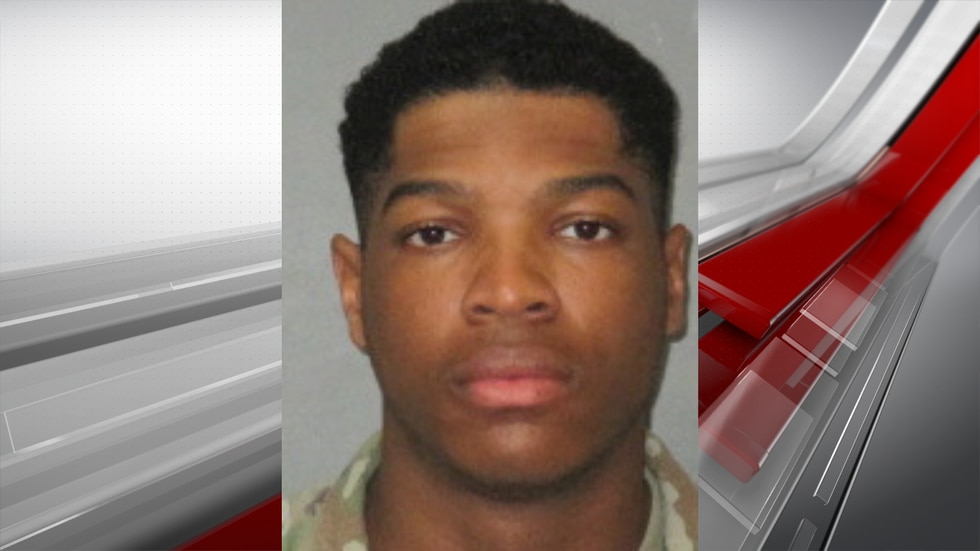 (WAFB/Gray News) – A U.S. Army soldier in Louisiana is under arrest after being charged with raping an LSU student in her dorm earlier this month.

The LSU Police Department says it received a report of a rape on campus in the early hours of March 13, reported by WAFB.

According to arrest records, a student told investigators she met 22-year-old Desmond Saine at an off-campus party and exchanged information with him on social media.

Saine, a soldier stationed at Fort Polk, contacted her and went to her dorm, asking her to come out, police said.

The student told investigators that Saine then asked to kiss her, to which she replied no.

However, Saine began to remove her clothes and raped her even though she had told him no before, the arresting officers wrote in the report.

The student also told police she drank around 11 alcoholic drinks at the party and said she was drunk at the time of the incident.

Several witnesses told investigators the student told them about what happened immediately after the alleged assault and that she was very upset, police said.

The police department reports that it was able to obtain an arrest warrant earlier this week and contacted Saine. According to arrest records, he denied the rape but admitted the woman told him she didn’t want him to kiss her.

Saine was arrested and incarcerated at the Vernon Parish Jail. He was transported to the East Baton Rouge Parish Jail on charges of third-degree rape, officials said.

Saine is also being investigated by the U.S. military for a previous allegation of rape in similar circumstances, according to Louisiana police.

Claflin has plans for Way Building; former site of the Kress to house the city center | Local