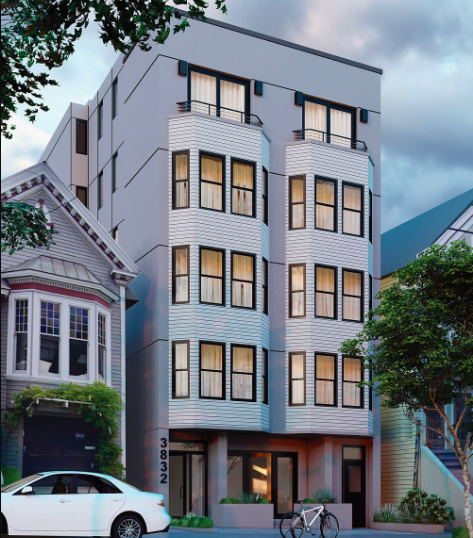 Another tech dorm, this time at the Castro. Will supes go hand in hand?

New in development in San Francisco is “group housing”. It’s better known as tech dorms, and it’s the latest way developers are bending the rules and building more profitable projects.

The supers are changing the rules to clarify what exactly that definition means – and in the meantime, the devs continue to exploit it.

It’s a remarkable situation, for so many reasons – and the Board of Supes will hear an appeal on Tuesday the 15th that raises all the relevant issues.

The original idea of ​​”group housing” was residential hotels and similar places (including, in the first definition, fraternity and sorority houses, which do not currently exist in SF) where people lived in quite small neighborhoods with no private bathrooms or kitchens.

This has been moved by developers, with planning department approval, to mean more and more small studio apartments that could have shared bathrooms but include refrigerators, kitchen counters with stoves and microwave ovens.

Not, in other words, so different from traditional studios.

Except they are cheaper to build and can be sold or rented out to young people who don’t mind cramped quarters or as mid-term business rentals.

None of this does much for the housing crisis for San Francisco families.

But while the Yimbys continue to argue that the only problem with the housing crisis is zoning and planning rules that create delays for developers, the reality that the shift to group housing exposes is that the private market n is not interested in providing the kind of housing the city really needs.

The cost of construction has risen dramatically over the past two years. The international speculative capital that funds much of the new housing in the country these days isn’t seeing the kinds of returns it wants, even on traditional market-rate condos. To get those yields on, say, two- or three-bedroom units, the rent or selling price would have to be so high that even in San Francisco, you won’t find many families who can afford it.

So: the technicians’ dormitories. They “spit” better.

The Planning Commission approved in October 2021 a project which is described as follows:

The proposed project proposes the demolition of the existing 25-foot-high, two-story single-family residence and the construction of a 50′-4″ high (58′-4″ high with mechanical room), five-story, residential building with 19 collective dwellings.

Second: the new units will be tiny, suitable only for singles or couples (who truly love each other and can live in a very cramped space) without children.

Third: it’s not what the city needs, according to the planning department.

Three of the 19 units, which will all be sold as condominiums, will be sold below market price. That’s fine, except that as condos, they’ll also have Homeowners Association dues, which can make even BMR units too expensive for people who otherwise qualify.

It is profitable for the developer. Is this what the city needs?

A group of neighbors appealed. The Board of Supes will hear the appeal at 3 p.m.