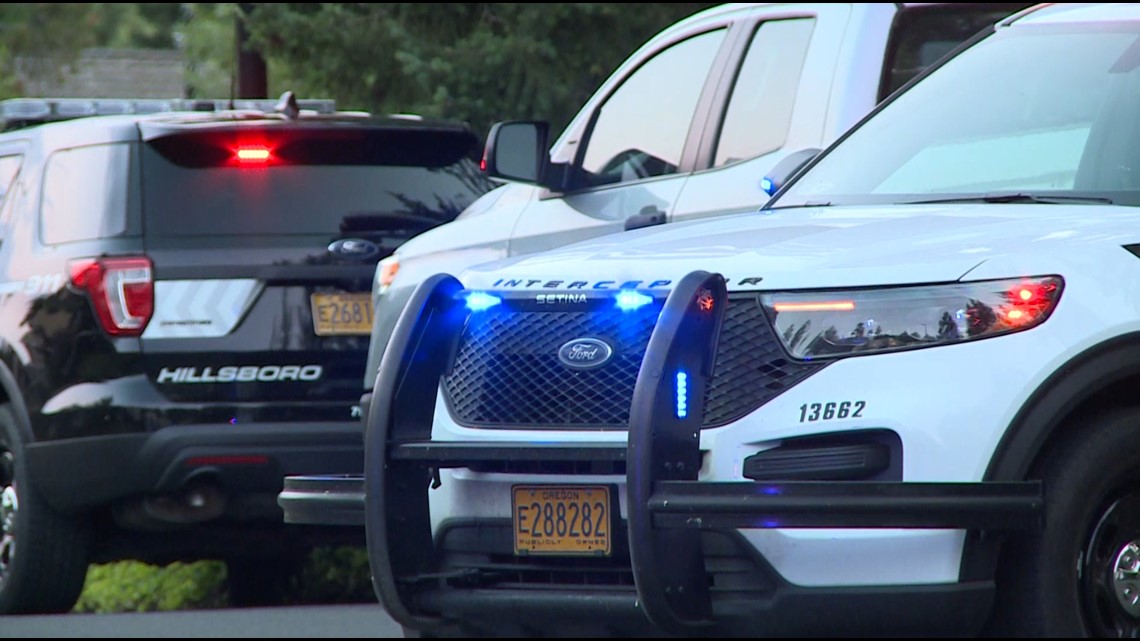 The Washington County Sheriff’s Office said the suspect got off on his own late Wednesday night and was taken into custody.

According to Sgt. Danny DiPietro with the Sheriff’s Office, Deputies were called to Sylvan Heights Condominiums on Southwest Barnes Road at approximately 4:30 p.m. They were there looking for a man, later identified as Eric Lane, 36, with multiple felony warrants, including a “felony with warning” due to the suspect’s background, DiPietro said.

Salem police were looking to arrest the same man for domestic violence and robbery, DiPietro said. The initial call came from the suspect’s parole officer, who informed Salem police that the suspect was attempting to contact the victim in this domestic violence incident at the Sylvan Heights building. Deputies have been told Lane may be armed with a gun he used during the Salem incident.

When deputies arrived, Lane was uncooperative and climbed onto the roof of the three-story condominium, WCSO said. The negotiators tried to speak with him, but he initially refused. After about two hours, Lane brandished a gun, WCSO said. He then began responding to negotiators for several hours.

DiPietro said Lane appeared to be under the influence of some narcotic and was “acting irrationally.”

At 11:40 p.m., authorities said he climbed down from the roof on his own and was arrested. Lane was taken to the Washington County Jail where he was incarcerated on his felony warrant and additional charges.

During the incident, law enforcement used reverse 911 to ask nearby residents to shelter in place.