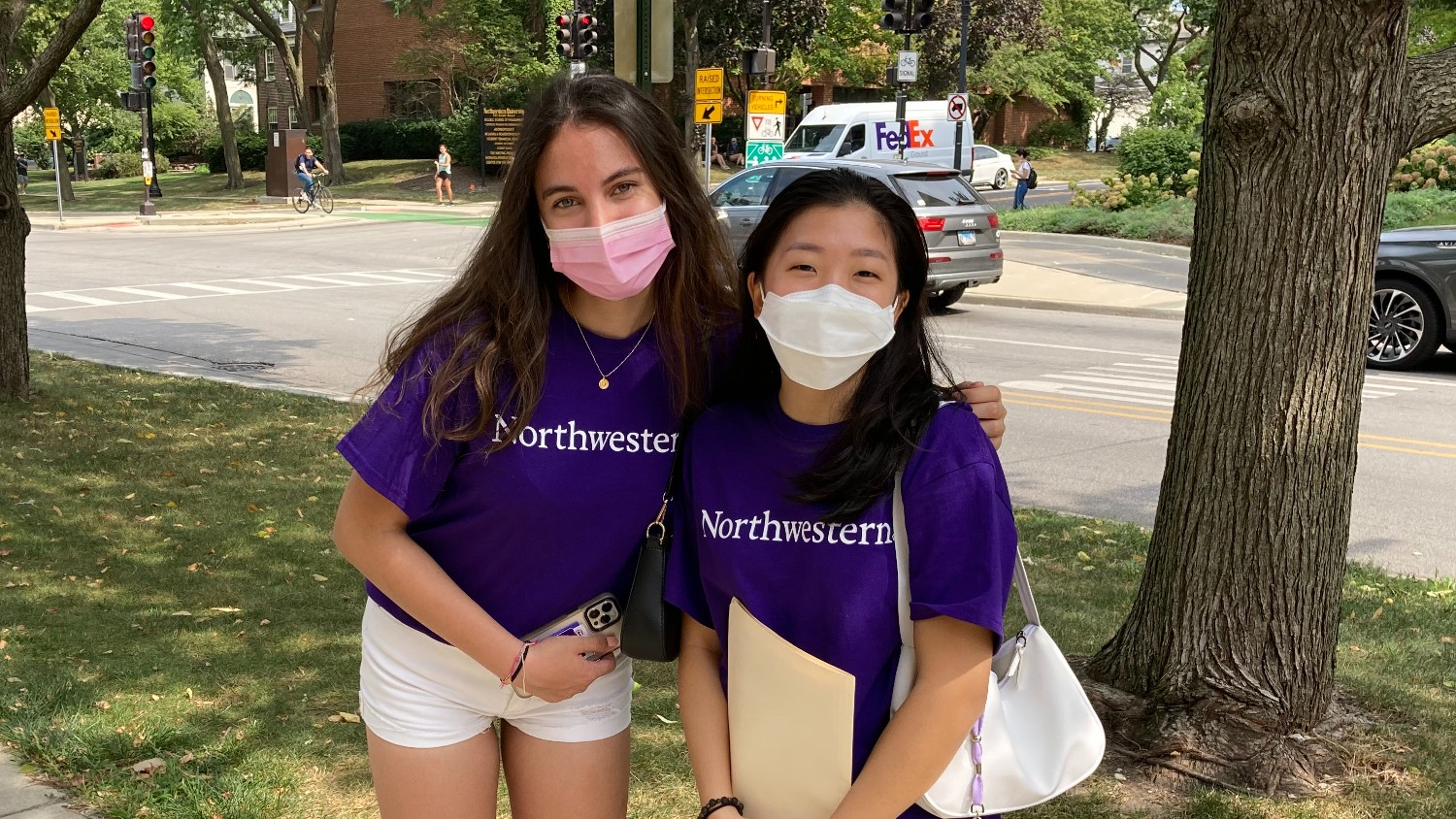 Last fall, in order to prevent the spread of COVID-19, Northwestern University closed residences to most students, including first and second years who previously had to live in dormitories.

But this week, the full 4,000 people return to “where is this building again?” Is back, along with the rule requiring first and second year students to stay in dorms.

For Yasmin Giebitz, the first year at Northwestern is also his first time in the United States. She is from Germany.

Yasmin was walking down Chicago Avenue this afternoon with his Jones Hall roommate, Amanda Kangsadjaja. Amanda is originally from Indonesia and has been to the United States before. In fact, her older sister goes to NU.

Yasmin and Amanda chose to live together because they were friends before setting foot in Evanston. They both went to high school in Indonesia.

Amanda said her sister told her “Northwestern is an amazing school.”
Yasmin said the solid economics department was a big reason she chose to attend.

Neither was too worried about COVID-19. Because student vaccinations are mandatory and arriving students have also been tested, Amanda said â€œit makes me feel saferâ€.

Second-year student Wendy Klunk and junior Julia Richardson have different backgrounds to think of than freshmen. Both are Wildcat Welcome Orientation Leaders, showing beginners the ropes. But the two also missed a normal on-campus experience last year, as COVID-19 forced almost all classes to be held remotely.

â€œI was always able to bond,â€ said Julia. “But I didn’t like the online courses.”

Wendy said not only did she miss a full first year in person in college, but her senior year in high school was affected as well.

She was able to move into a dorm in the second term (January 2020) and “made new friends there”, and will be in a dormitory again this year.

The two guidance officials expressed concern about the possible spread of COVID-19.

Wendy is originally from Michigan and has friends at U of M in Ann Arbor who contracted groundbreaking cases of the disease.

Julia, from California, added that “the revolutionary cases fooled me a bit.” She said she and her friends will be careful and wear masks if necessary. But she said “there is always a worry” about those who ignore the science and the rules.

Still, compared to last year, she perhaps summed up Wildcat Hospitality Week by saying “everyone is delighted to be here.”

Graphisoft Building Together 2021 digital event is just around the corner