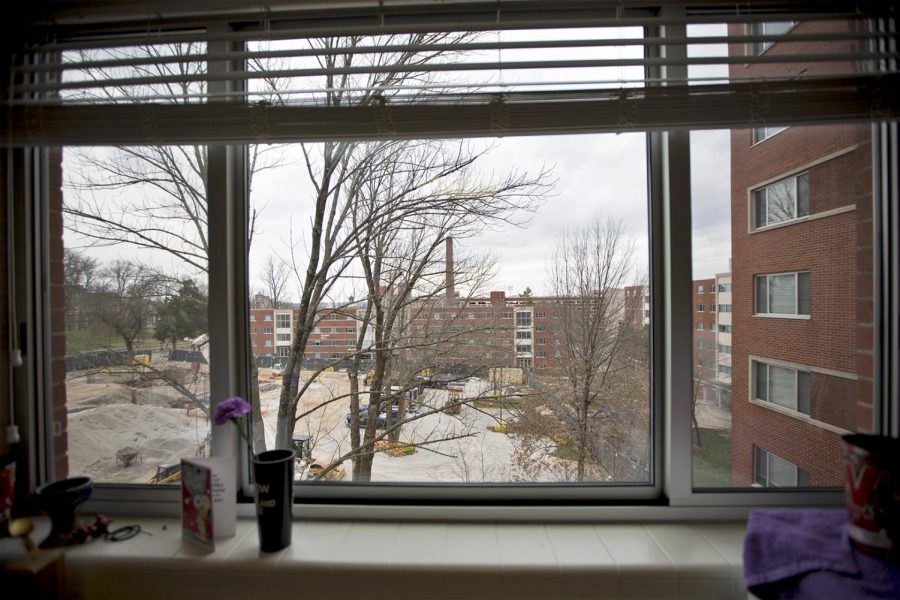 Editor’s Note: After publication, the Herald followed up with HRL for a retroactive response to a student comment due to an error in the reporting process. HRL declined to comment further. The Herald regrets the error.

Editor’s Note: A previous version of this story did not make it clear that Housing and Residence Life was contacted and directed the Herald to Director of Media Relations Jace Lux. This information has been added. The Herald regrets the error.

After the case of unauthorized entry into several dormitories, some students do not feel safe in their rooms.

Last week an unauthorized person entered Hilltopper and Rodes Harlin. The individual has been identified by police as Darryl Bright, 30, who was arrested after attempting to enter Pearce Ford Tower last Monday evening.

Breanna Dennison, a second year student at WKU, lives on the third floor of Rodes.

â€œThis is my home and I deserve to feel safe, not paranoid and unable to rest,â€ Dennison said. “I’m still trying to get my sleep schedule back to normal.”

According to Dennison, she called WKU police at 12:58 am after seeing Bright in the hallways near her bedroom acting “suspiciously”, but said the first mention of Bright was in the GroupMe group at 12:18 am where the residents asked why. he was there.

After calling WKUPD, Dennison wrote an email to HRL expressing his unease.

â€œI’m a resident of Rodes and it’s no secret what happened to every girl in this dorm on Sunday night,â€ Dennison wrote. “We were all terrified and paranoid about what was going to happen in the next minute.”

â€œIt was scary, I couldn’t see his hands. What was he [Bright] gonna do? â€Dennison said.

In her email, she said she couldn’t sleep after the incident because she was “still scared” and “traumatized”. She is upset by the apparent lack of security and response from the HRL.

She concluded her email by demanding action from the HRL to make the resident students feel comfortable in their dorms again.

â€œWe are still afraid. Please do something. Submit a statement. Warn others. Make us feel safe, â€Dennison said in the email. â€œAdvice should be disseminated for these traumatized girls. ”

A resident of Rodes Harlin who is still troubled by the incident is Amberlee Celia, an arts student at the studio.

â€œBefore I talk about the incident, I would like to say that as a woman, I am used to being on my guard; I know how to look under the car before getting in, check the backseat and never walk alone, â€Celia said in an email. “I find all of this relevant to add, so we know I’m taking the precautionsâ€¦ but I still wasn’t prepared.”

She feels like she is being “belittled” by some on her floor for being “dramatic” and paranoid after the incident.

“It sounds like a slap in the face to the very person who is supposed to care about your well-being by telling you to shut up after expressing your concerns.”

She thinks the RAs and staff should have taken the situation more seriously than they did.

â€œOne girl said in the focus group that something may have happened to her while she was face to face with the man in the kitchen,â€ Celia said in an email. In response, the girl was told to complain in another group chat.

The incident happened last Sunday and Monday, and as the semester continues, Dennison feels like the incident is being swept under the rug by HRL.

â€œI feel like it’s something that happened, and now people are silent about it,â€ Dennison said. “This is not the way to fix this problem. It should not be put under the rug. How long will it be before something else happens? Maybe tomorrow or in two years.

Housing and living in residence sent an email following entry to renew security measures in WKU dormitories, such as retraining office assistants.

In the email from HRL, he said the department would hold public meetings in the affected dormitories to discuss concerns and answer questions.

Dennison went to a meeting and said, in his opinion, that they were sarcastic, unapologetic and nonchalant about the unauthorized entry.

â€œAt the meeting, they said it was not a situationâ€¦ [the meeting] looked more like a band-aid and a publicity stunt, â€she said.

When Bright was arrested, according to an email from Melissa Bailey, WKU’s public information officer, he did not give the officer his name and was listed as John Doe in the uniform citation.

The quote says Bright was arrested at 8:48 p.m. at the Helm Library.

It was not revealed what he did in the dorms. Since the incident, HRL has posted signs on car scanners warning of â€œtailgatingâ€.

â€œTailgating,â€ as HRL calls it, is when a student holds the door for the person behind them. Allow them to enter a building without scanning their card.

“I have no additional information to add that was not covered in the HRL email, but, as always, we encourage our students to be aware of their surroundings and to contact the Police Department of the WKU for any security concerns, â€Jace Lux said in an email.

HRL and WKUPD are working together to increase security across the university.

“WKUPD is increasing patrols and working with Housing and Residence Life to improve safety and security protocols,” according to a university statement.