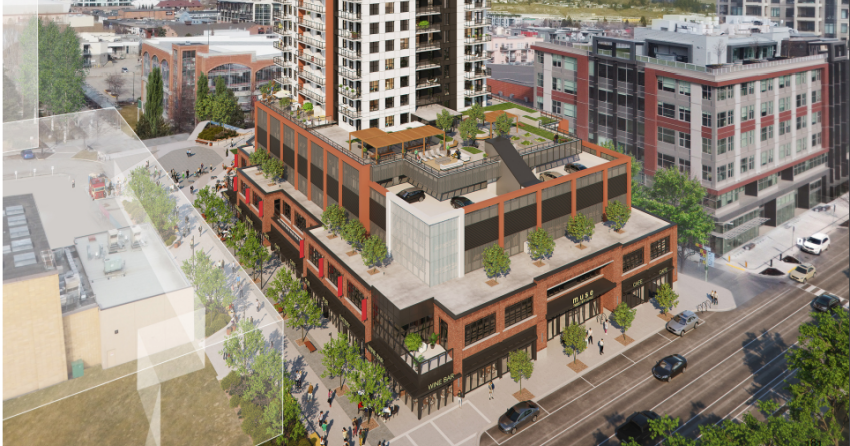 Development permits have been issued for a 25-storey mixed-use building project on Doyle Avenue.

On Tuesday, Kelowna City Council voted 6 to 2 in favor of issuing permits. Councilors Charlie Hodge and Mohini Singh opposed it.

The building, which is proposed for the former RCMP site, caused quite a stir when new design plans showed a slimmer and taller building with 25 stories and 259 residential units.

The original building was to be 13 stories tall with 316 residential units.

Much of the controversy surrounding the project had to do with the process. The City of Kelowna has issued a request for proposals for a building of up to 13 stories, which is set out in the city’s civic district plan.

“I think this process here ticks a lot of boxes,” City Manager Doug Gilchrist said of the overall development process for this building, noting that rentals were not initially contemplated in this proposal.

“Ultimately what we recommend to the board will be something that we, as staff, believe is in the best interest of the community.”

According to the promoters, the objective is to make 18% of the housing affordable rents, 15% subsidized rents and the remaining 67% would be market housing. These units would be leases of up to 10 years.

“Ultimately I think the process led us to a better building,” said Councilor Loyal Wooldridge.

“It meets the needs of different residents and we are bringing a significant number of purpose-built rentals online.”

Eleven students spoke in favor of the project, citing the need for student housing.

A woman reminded students that they would probably not be able to afford market rents, which make up the majority of housing. However, a number of young people argued that it would free up housing in other parts of the city.

The applicant will also provide 6,000 square feet of public space, extending the ArtWalk to Doyle Avenue while providing retail and office space.

Support local journalism by clicking here to make a one-time contribution or by subscribing for a small monthly subscription. We appreciate your consideration and any input you can provide.