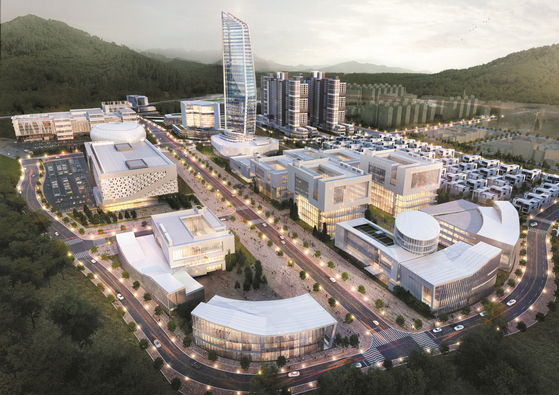 Gaming, tech and entertainment giants are building a big studio

Five companies – in technology, games and entertainment – will begin construction of a major production studio in Uijeongbu, Gyeonggi, this summer.

The Immersive Digital Media Center (I-DMC) is expected to be completed in 2025.

I-DMC will have five production studios, suitable for making videos for online services.

YG Entertainment streamed concerts online, while game companies Nexon and Wysiwyg Studios sought to expand the reach of their games with the production of videos based on them.

I-DMC will also include research and development facilities for companies looking to use their intellectual property for other purposes.

The complex will have 49,600 square meters of floor space. It will be located in Uijeongbu Rhythm City, a planned residential complex in Gosan-dong, eastern Uijeongbu.

YN C&S owners – YG Entertainment, Naver, Nexon and Wysiwyg Studios – have similar shares in the company, with Wysiwyg Studios owning slightly more when its subsidiary’s stake is counted. The exact amounts were not disclosed.

YN C&S was founded on July 31, 2020 by YG Entertainment and Naver as a construction and real estate company. Wysiwyg Studios and its subsidiary invested 10 billion won ($8.4 million) in April and Nexon 15 billion won in January.