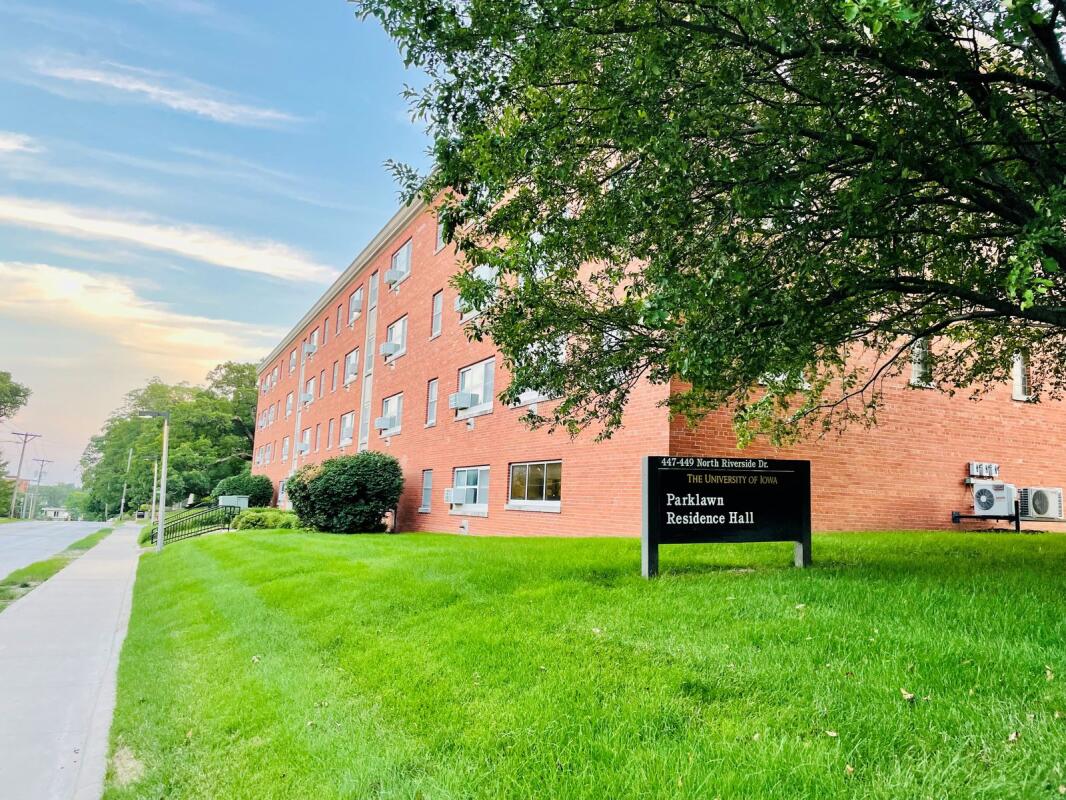 The University of Iowa’s Parklawn residence hall on N. Riverside Drive, featured Thursday, was pulled out of retirement to help the campus handle an overflow in demand for on-campus housing. (Vanessa Miller/The Gazette)

IOWA CITY – Due to a larger-than-expected class of freshmen coming next month at the University of Iowa – meaning high demand for on-campus housing – IU has announced several measures to alleviate overcrowding in its halls of residence.

Where the campus for the past two academic years has provided on-campus isolation and quarantine space for students who contract COVID-19, students this fall must come up with their own plan, according to a recent post by UI Housing and Dining.

The university is also reopening its Parklawn Hall, which IU officials had previously suggested razing as part of plans to redevelop the 7.8 acres that include the former Hawkeye Marching Band training ground.

“Our dormitory system is not interested in maintaining this as a dormitory,” Kieft said at the time. “It was our least favorite student site.”

But growing demand has changed those plans, according to the recent Housing and Dining post.

“Due to the high demand for on-campus housing this fall, University Housing and Dining will reopen Parklawn Hall beginning this academic year,” according to the communication, reporting that Parklawn will house 137 students in “studios and one-bedroom apartments “. Five years ago, in 2017, Parklawn was on the housing list of 98 residents.

In other measures this fall to address the overflow, UI Housing and Dining is converting student lounges on the floors of its Rienow, Slater and Stanley halls into bedrooms. Six students will share each lounge, which will be accessible only by key to its residents.

“As traditional rooms become available throughout the semester, students will be assigned new rooms and moved out based on their application date,” according to UI Housing and Dining.

Due to changes to its “COVID-19 Support Protocol”, UI Housing and Dining has given students additional time to request release from their housing contract at no cost.

“Due to the incoming class size, the University of Iowa will have limited space in the Iowa House Hotel for students wishing to self-isolate or quarantine due to COVID-19,” according to the message, referring to the options available the last two years.

This year, students are encouraged to have their own plan in place if they test positive for COVID-19 and update a housing application portal with this plan before moving in.

“Students can choose to return home or find alternate accommodation off campus in the event that they or their roommate need to self-isolate or quarantine,” housing and security officials said. restoration in their message.

Officials did not respond to questions from The Gazette about the number of students who have signed contracts to live on campus this fall.

“Housing contracts are not yet binding and the numbers will continue to change until the start of the fall semester,” said UI spokesman Steve Schmadeke.

UI in February forecast its housing capacity for the fall at 6,622, according to Board of Regents documents. At that time, officials predicted an occupancy rate of 91%.

UI Housing and Dining took a hit at the height of the pandemic, seeing occupancy drop from 94% in the academic year that began in fall 2019 to 78% in fall 2020 and 85% in during the last academic year.

And while staffing has been an issue for UI Housing and Dining during the pandemic, Schmadeke told The Gazette on Thursday, it’s “fully staffed for the fall semester.”

Caylent leads with a “do with” approach, creating new data products using AWS