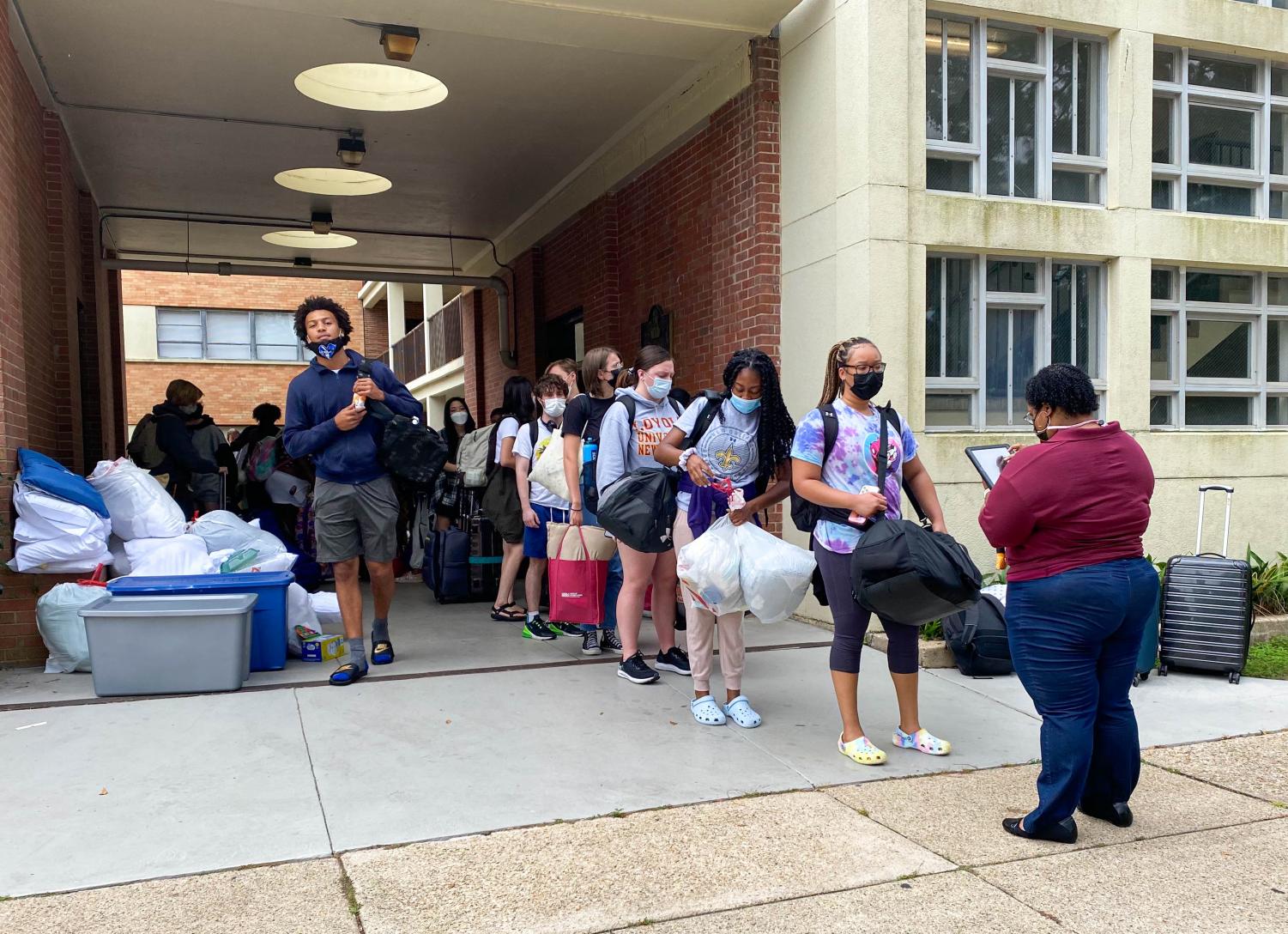 For a freshman at Loyola University, the post-Hurricane Ida experience felt a lot like summer camp. Leslie Williams, a freshman pre-nursing student, was one of more than 100 Loyola dorm residents who were evacuated to Spring Hill College after the hurricane.
After losing power, Loyola moved stranded students at Loyola to Spring Hill for more than a week while New Orleans recovered, according to Spring Hill, another Jesuit university in Mobile, Alabama. The university previously housed Loyola students during Hurricane Katrina sixteen years before Ida arrived, according to Spring Hill.
The Williams family home in New Orleans also lost power after the hurricane. With grocery stores closed and food limited, he said he didn’t want to be a burden on his mother and brothers.
“I appreciate that Loyola was able to have something in their back pocket for students like me,” Williams said.
Todd Warren, director of university policing and emergency management, said he helped facilitate the transfer of students from Loyola dorms to Spring Hill dorms. Warren said that once the electricity went out, the best decision was to get students who couldn’t leave the dorms on their own to another location.
The main plan when things like this happen would be to transfer students to Louisiana College where they can house about 100 students in their gymnasium, Warren said. Louisiana College is located near a small airport and uses the same meal provider, Sodexo, that makes Loyola meal plans work there, according to Warren. He said Spring Hill is the best-case scenario, but usually doesn’t work because they’re also located along the gulf and don’t always have room to accommodate students.
“We were lucky that Spring Hill had space,” he said.
The initial discovery that students were being evacuated from dorms came suddenly, Williams said. Once he decided he would travel with the University to Spring Hill, the nervousness set in, Williams said.
“We got on the buses and said goodbye. It felt like the last day of high school again,” Williams said.
The students stayed at Walsh Hall on the Spring Hill campus, said Chris Rice, director of residential life.
Williams said the dorms were “Biever style,” the freshman dorm on Loyola’s campus, and nice for such short notice.
According to Rice, along with associate director Jay Davis, resident ministers Christine Johnson and Ken Weber, and the Jesuit father. Nathan O’Halloran, went with students to Spring Hill.
Williams said he knew several residential assistants who also joined them and maintained their duties even on a completely different campus.
Although he is at another university, he said the students were kept busy with things like movie night, a music event and a day at the beach.
“I’ve never been to summer camp, but I feel like that’s how it would have been,” Williams said.
Williams said he befriended several Loyola students he traveled with, as well as Spring Hill students he met on campus.
The sense of community Williams felt while traveling with the university was something he said he would never forget.
“Being able to experience life at another university made me realize how special Loyola is,” Williams said.

Building on the cultural scene of Port Macquarie Hastings