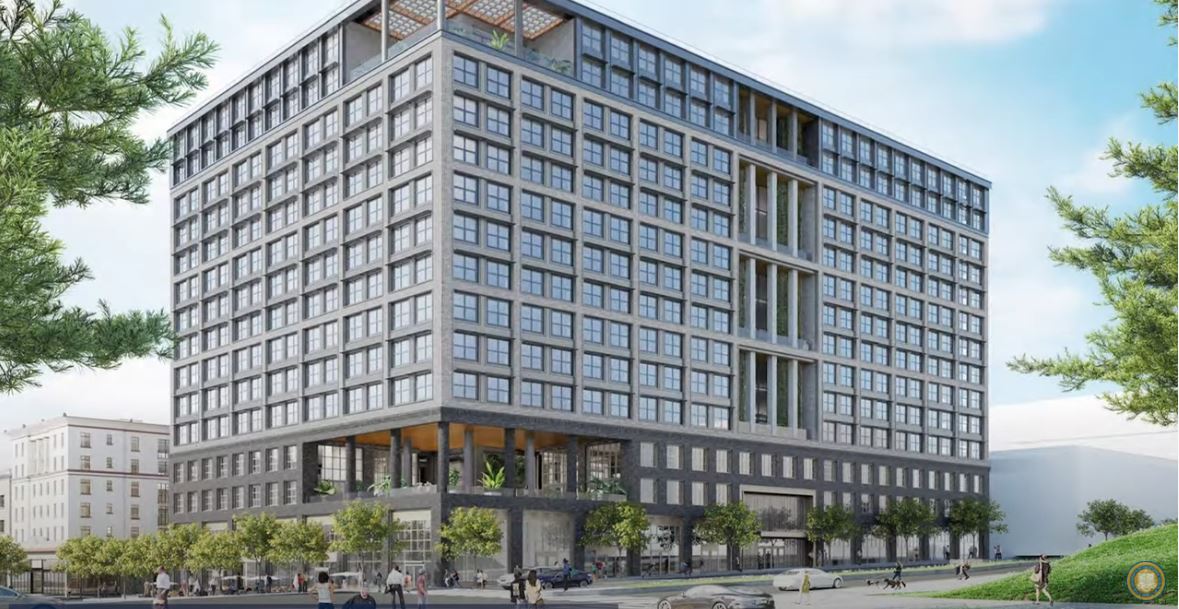 Construction is now underway on a massive new building dedicated entirely to housing transfer students to the UC Berkeley campus. The school broke ground this week on the corner of University Avenue and Oxford Street. It will be called Helen Diller Anchor House and will consist of 772 studio, two-bedroom and four-bedroom apartments spread over 14 floors. Units are modernly equipped with full kitchens and appliances, including a washer and dryer. There will also be many top-notch student amenities on-site, such as a culinary classroom, art studio, two event spaces, multiple courtyards, lounges, workspaces, rooftop garden, center indoor/outdoor fitness and bike maintenance. store.

Construction of the 500,000 square foot structure is managed and funded by the Helen Diller Foundation. The building will be given to UC Berkeley as a gift once construction is complete, which is estimated to be in 2024. Campus officials say no public funds will be used for the project. Rent for the units will be below market rate, with funds going to scholarships at Cal.

There will also be room for a few shops and restaurants on the ground floor which will be open to the public but the tenants have not yet been announced.

According to campus officials, 21% of all Berkeley undergraduates are transfer students who struggle to find affordable housing near campus. Many of them also find it difficult to fit in after coming from another university campus. “So having resources and a vibrant community dedicated only to transfer students who all transition to campus in the same way will have a real positive impact on transfer student experiences. Berkeley is such a great institution, so having its own supportive community is a real key to success,” transfer student Shagufta Ali said in a press release.

The building is named after well-known Bay Area philanthropist Helen Diller. His foundation has also donated millions of dollars for UCSF buildings.

Diller met her husband on the UC Berkeley campus more than 50 years ago, and the couple more than likely had some of the same struggles Cal students still have today. “They were first-generation students of modest means seeking a quality public education to better their lives,” said Phyllis Cook, CEO of the Helen Diller Foundation, speaking of the Dillers in a statement. “They would be so proud to see this building go up.”