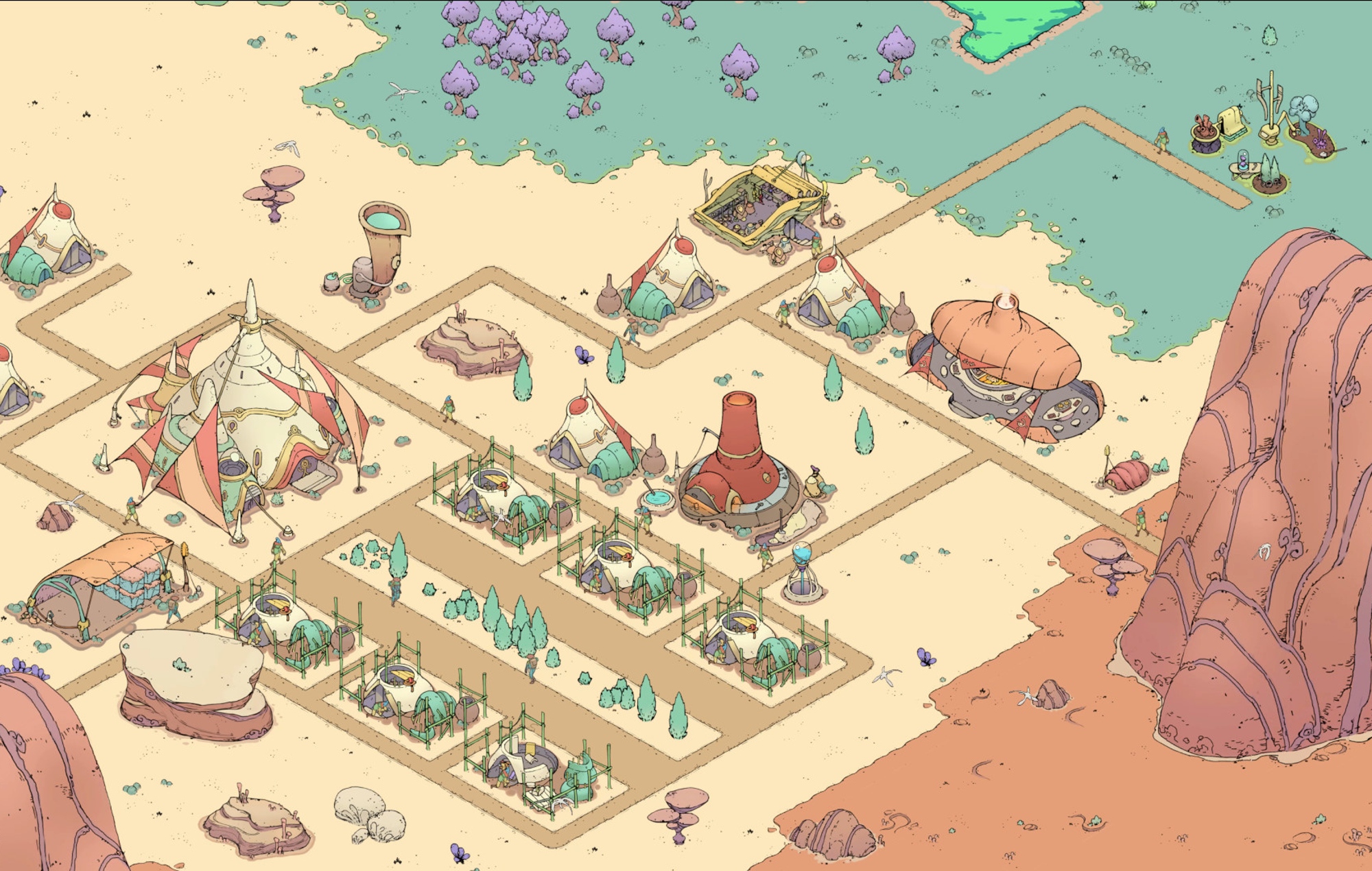 In Synergy, players will inhabit the wastelands of a hostile planet following an apocalyptic event on earth. As usual for the genre, Synergy revolves around resource building, expansion, and citizen security.

Food, clean water, and clean air all need to be considered, as does sunlight and shade due to the planet’s minimal atmosphere. There is also Hope, a resource that can be acquired by honoring social pacts such as the supply of drinking water or education. Players can send citizens on expeditions to acquire mysterious tablets detailing the secrets of the planet. These are considered very valuable and can also inspire hope.

The player will have to take into account elements such as the distribution of living spaces, pedestrian zones, meeting places and the balance between the production of resources and personal life to ensure happiness.

Leikir Studio talks about the current state of the world, with noise, stress and pollution becoming daily occurrences with our modes of transportation, and how the game characters will reflect on this while building a new civilization; “In Synergy, no question of repeating these mistakes. The player must think about how to build a city by removing the paradigm of the car, he must think about people, their well-being but also their environment.

Whereas Synergy does not have a current release date, it is now wishlisted on Steam.

In other news, The Stealth Horror Shooter Darkwood has a release date. On top of that, from a revealed campaign for Call of Duty Modern Warfare 2 to a slew of indie games revealed during Day Of The Devs 2022, it’s been a busy week for in-game announcements. To catch up on any trailers, announcements, and surprise launches you may have missed, be sure to keep an eye out for our Summer Of Games 2022 roundup.