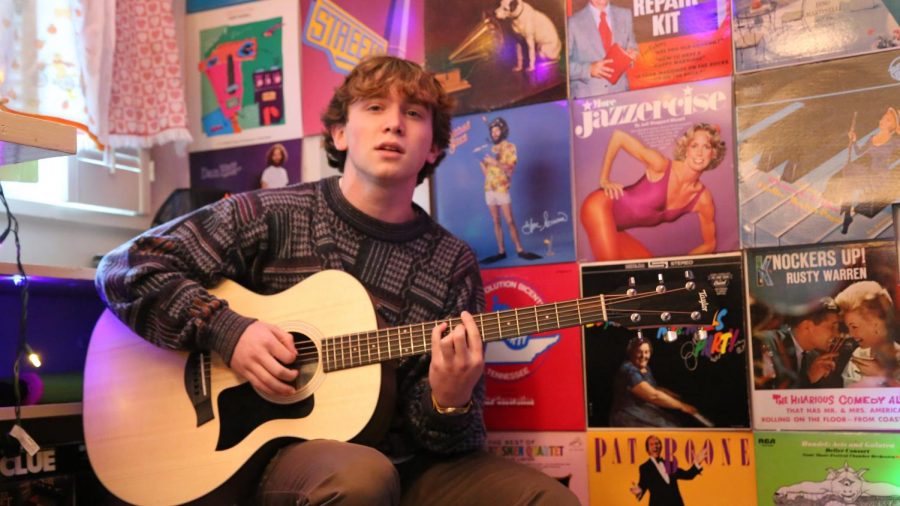 Freshman singer-songwriter Chris Kelly brings us the long-awaited return of Hustler Tiny Dorm Concerts, in a new collaboration with Vanderbilt’s The Music Room.

Hustler Life and The music room, a student-run collective for musicians on and off campus, presents the first 2021 edition of Tiny Dorm Concerts, featuring singer-songwriter Chris Kelly. Hailing from Charlottesville, Virginia, Kelly debuted her original song “More Than a Moment.”

“It’s kind of about being very far away from someone and seeing them intermittently. And, like, missing everything that goes along with that,” Kelly said.

Having been raised by two musicians and played in his high school band, Kelly is not new to the music scene. Her mother is a professional flautist and her father is a publicist and singer-songwriter. Kelly’s High School Orchestra, 14 stories, continues to attract nearly 7,000 monthly Spotify listeners. Currently, Kelly hopes to take charge of her music career as a solo artist, taking every opportunity Vanderbilt and Nashville have to offer.

“[My goal is] just playing as much as I can and finally being able to make music my job. That would be really nice. Just playing in front of a lot of people and getting my music out there,” Kelly said.

Check out the debut of “More Than a Moment” by Chris Kelly, directed by Charles Shattock of The Music Room.