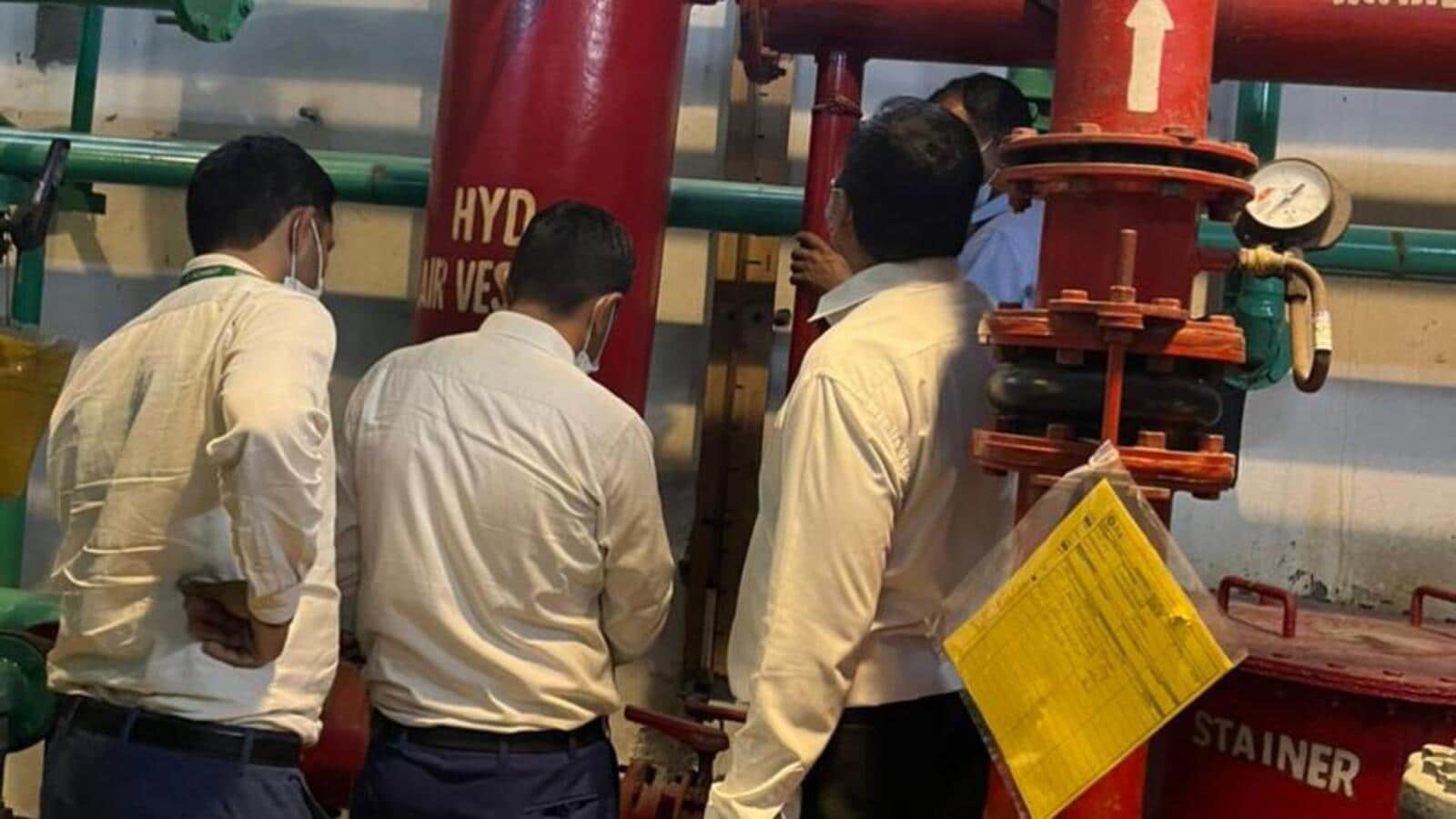 At least 205 residents of Westend Heights in DLF Phase 5 have fallen ill in the past three days – the youngest of them being a two-year-old boy, who is currently admitted to hospital with diarrhea – allegedly after having consumed drinking water provided by the Gurugram Metropolitan Development Authority (GMDA).

Gurugram’s chief medical officer, Dr Virender Yadav, said 96 residents, who had reported symptoms, had been given medication. “We received complaints on Friday from 205 residents about the health issues they are facing. Most residents are suffering from nausea and vomiting,” Yadav said. water as a preventive measure.

Taking note of the cases, the Westend Heights Condominium Association sent a message to all residents Friday night asking them to exercise caution when using water for any purpose. “It is strongly advised not to consume tap water orally, in particular not to use it for brushing your teeth or as a precaution when taking a bath or washing your face. The swimming pool is closed for the same reason. Please use drinking bottled water or boiled water only for drinking…until further notice,” the message read.

Residents said the problems started on Wednesday when members of a few families reported nausea and vomiting. The situation worsened on Thursday as more residents fell ill.

Anamika Sagar, a resident of the condominium for 14 years, said such an incident happened for the first time. “We suspect water contamination because despite having a water purifier, we got sick. We are on antibiotics and ORS,” Sagar said.

Priti Anand, secretary of the residents’ welfare association, initially said some residents thought they were vomiting and felt nauseous after eating out or from food poisoning. “Some thought it was due to a change in the weather. But when more than half of the locals got sick, it became a matter of concern. Our WhatsApp group started to overflow with messages from people getting sick. immediately report the matter to the authorities,” Anand said.

Anand said more than 150 people are suffering from similar issues and are still on treatment. The company currently relies on bottled water from its in-house grocery store, and residents have asked the storekeeper to stock up on bottled water.

“We emptied the water tanks and have them professionally cleaned. That’s all we can do from our side,” she said, adding that some residents were in such poor condition that they had to take time off from their offices.

There are 380 apartments in the condominium, of which 365 are occupied.

There are several doctors in the company who help residents with free consultations and medication. A doctor, a resident of the society, said that more than 20 residents consulted him and that he prescribed medication for them. “The condition is bad because even miners have fallen ill. Nausea and vomiting are the common symptoms,” he said.

A team of health officials reached the company on Friday and collected water samples, which were sent to the lab for testing, with results expected to arrive no later than Tuesday.

Condominium maintenance agency officials said the Gurugram Metropolitan Development Authority provides water to the condominium (GMDA). However, other companies in the region have reported no such issues.

GMDA officials have ruled out any problems on their end. Abhinav Verma, Executive Engineer of GMDA, Infra II Division, said the water supplied by them across the city is not contaminated.

“The problem is society. Their internal storage and underground tanks are not cleaned and maintained regularly, which is why residents face health issues. Management needs to address the maintenance of these water tanks. The water supplied by the GMDA pipelines to all corners of Gurugram is completely safe,” he said.

A DLF spokesperson said: “Westend Heights was handed over to the respective RWA in 2013 (the year the project was completed) and since then the RWA has maintained the property. Additionally, domestic potable water is provided by GMDA and is billed directly to the Westend Heights Condominium Association. The DLF is not responsible for managing the internal water supply or the external supply through GMDA”.