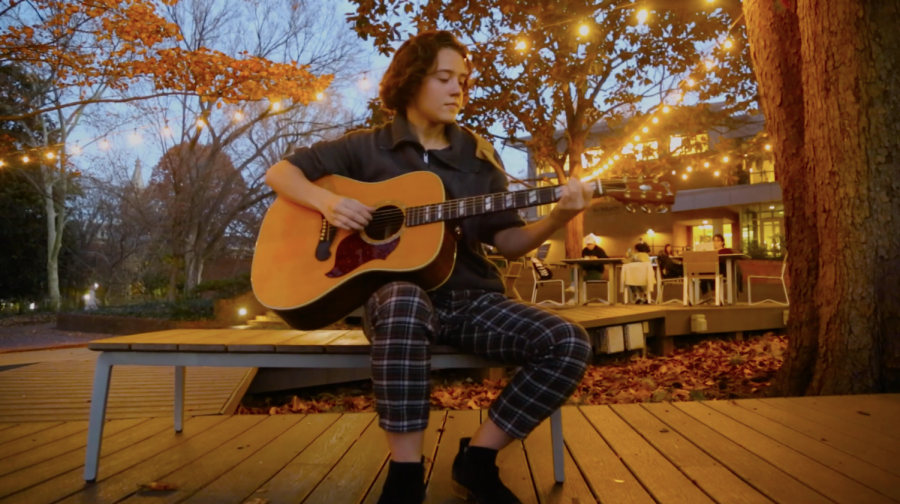 We talked (and listened to) sophomore Amelia Day about her latest release and her future musical goals.

Singer-songwriter Amelia Day, a sophomore from Washington State with a major in English and a minor in music, performed her latest original single “Silhouette” for Hustler Tiny Dorm Concerts.

â€œIt’s one of my most recent songs, and it’s kind of inspired by personal events,â€ Day said. â€œIt’s one of those songs that once I started writing it, I created this character that I sang in my mind, definitely outside of my usual writing style. He has a little more advantage.

Day made his debut in music at the age of five with piano lessons, with his teacher still an active member of his musical development.

â€œMy piano teacher just attended my last show, and she was a huge inspiration to improvise, love music and start creating music instead of just rote sheet music,â€ Day said.

Day is also an active artist for Vanderbilt’s The Music Room, the student music collective for which she serves as the community and campus president.

Fans of Day’s angelic voice – whom you sure will be after watching her Tiny Dorm gig – can expect a few singles that she will release this winter as well as her EP that will be released this spring.